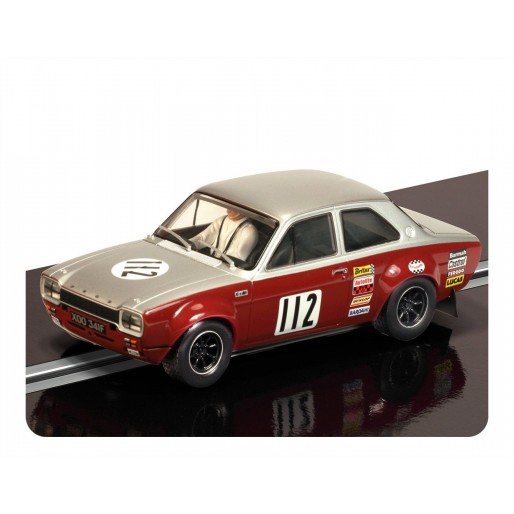 This Broadspeed Ford Escort was driven by racing ace and team owner John Fitzpatrick at Mallory Park in 1969.

John Fitzpatrick won many titles throughout his racing career. He still works within motorsport as a consultant doing corporate events and driver management as well as entering the occasional historic race.

In 1976 he won the Bathurst 1000 in an Australian Group C Holden Torana touring car with Bobby Morris driving for the Ron Hodgson Team. In a dramatic finish, Fitzpatrick nursed the Torana home trailing smoke over the last few laps.
Fitzpatrick was a regular driver at Bathurst, teaming up with many Australia’s greatest drivers.

Scalextric first made the Ford Escort in 1970 and issued six liveries which, even today, are very desirable cars for the rally enthusiast.  The all new Scalextric car improves upon the original model design in all area – detail, interior fittings, body shape, livery decoration and stunning performance.