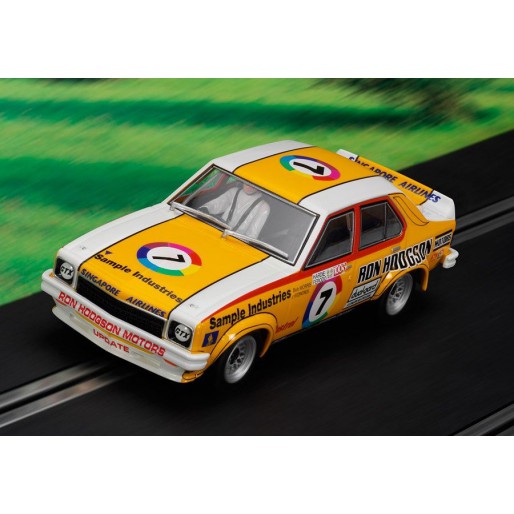 The 1976 Hardie-Ferodo 1000 kilometre race at Mount Panorama, Bathurst was the first time the race had genuinely attracted international interest, mainly because of the entry of Australia's own three times former world champion Jack Brabham, who had teamed with the legendary Stirling Moss, the pair driving a Torana. Other internationals included expatriate Australian Vern Schuppan partnering Allan Moffat and English long-distance ace John Fitzpatrick driving with Bob Morris in the Ron Hodgson Torana. 1976 was one of the most emotional finishes in the great races history.

With 3 laps to go and the Bond-Harvey Torana closing, the Morris-Fitzpatrick car began to suffer axle problems - the Achilles heel of the L34. The decision was made to nurse the car home hoping they could hold off the charging Bond car. The final 3 laps saw the Morris car pass the pits trailing a haze of blue smoke. It was not until the car negotiated Murray’s corner for the last time that Bob Morris, waiting anxiously in the pits, knew the 1976 classic was his.

This car is modelled on one of the most famous cars in the history of Australian touring car racing and the famous Bathurst 1000k race. The Holden Torana raced by Morris and Fitzpatrick, also appeared in the same Bathurst event with drivers Stirling Moss and Jack Brabham. The Scalextric model is fully equipped with DPR, magntraction, lights and a fully detailed interior.