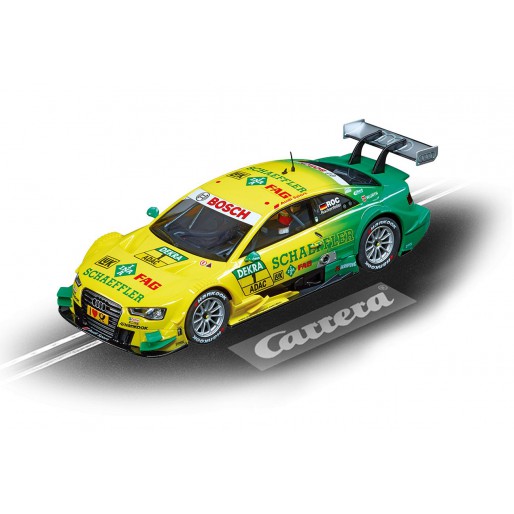 Action right around the circuit

In the Audi A5 DTM Mike Rockenfeller and his teammates, Mattias Ekström and Jamie Green, recorded a spectacular 1st, 2nd & 3rd in the final race of the German Touring Car Masters in 2014. The appearance of the victorious car, the Audi A5 DTM, is based on the serial production Audi A5 and draws its power from a V8 induction engine producing around 460 hp. In 2013 Mike Rockenfeller became DTM champion in this car.

The Carrera DIGITAL 132 Audi A5 DTM slotcar impresses with front, rear / brake lights, and faithfully reproduced details. This Carrera car can be individually coded; it's digitally controllable and guarantees hours of racing fun.