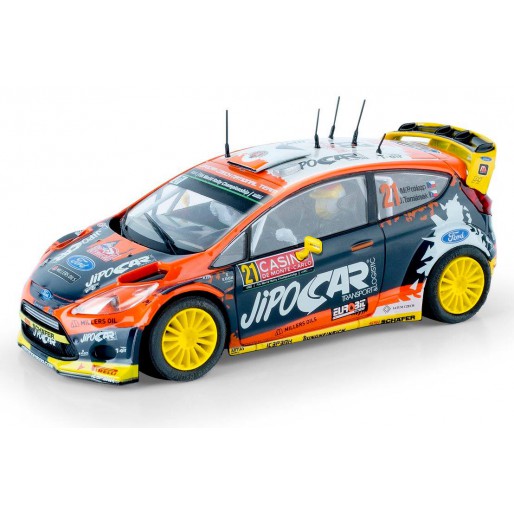 One of the most striking cards in the Rally World Championship is, without a doubt, the Czech guys, Martin Prokop and Jan Tománek´s Fiesta RS. The Jipocar Czech National Team branding, aggressive and disruptive, is so characteristic that it has become a favourite among the youngest fans. Prokop, junior champion in 2009, is a brilliant and versatile driver, passionate about all types of cars. With more than 100 WRC races behind him, in 2015 he decided to début in Dakar, the toughest rally in the world, behind the wheel of a Toyota. But it is on the roads, paths and tracks of the World Championship that Prokop and Tománek have repeatedly demonstrated their great quality. This time we have reproduced the Fiesta which they took to ninth position in the 2005 Monte-Carlo Rally, only beaten by the most prestigious teams on the international circuit.