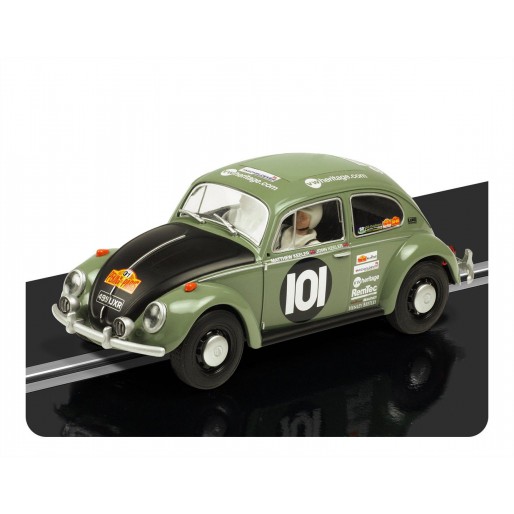 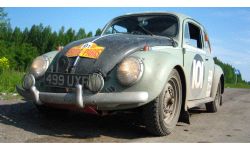 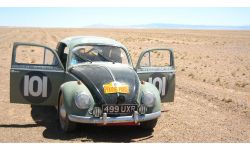 "Grolle" originally came from Sweden. Discovered in a barn in Kent, Grolle went to VW restoration company Henley Beetles for a complete strip down and rebuild.  A few modifications were made for the rally ahead. These included: A roll cage, under-body skid plate protection, an engine and gearbox rebuild, Kubelwagen drain plugs in the floor (for river crossings), front beam strengtheners and heavy duty shock absorbers. The car had strengthened wheel arches and tyres with reinforced sidewalls. The look of the car was based on the Swedish 1960s Scania Vabis VWs.