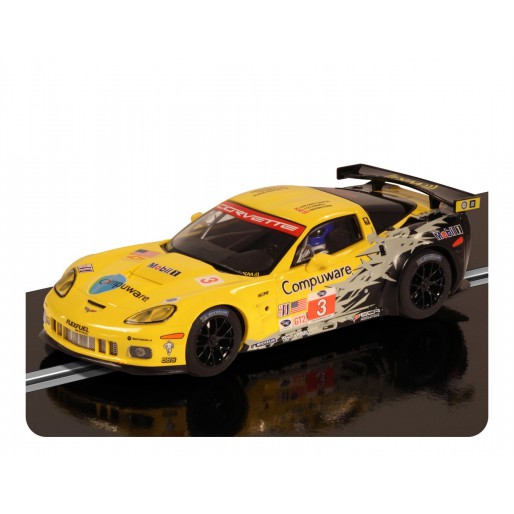 Joining our ever popular GT series cars, the Corvette C6R is the latest American Le Mans Series car to be added to the GT stable.

Digital Plug Ready (DPR) - convert for use with the Scalextric Digital range in under sixty seconds using the C8515 Digital Plug. This model features front and rear lights and an in-line mid-mounted motor. Also available as a Super Resistant version C3185.