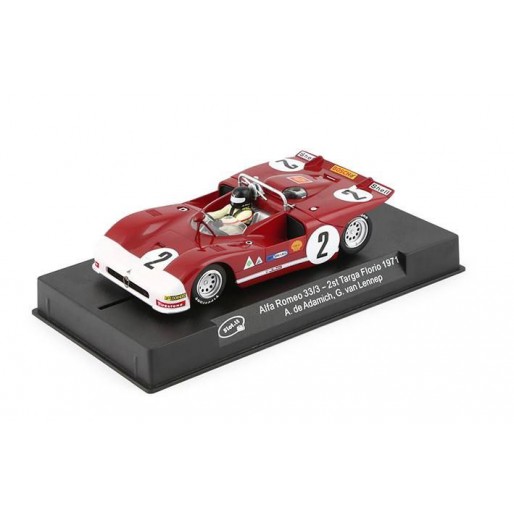 In 1971, the most important victory for Alfa Romeo was the Targa Florio race, where two ‘T33/3’s finished first and second. The race was won by Nino Vaccarella and Toine Hezemans on car no.5, followed by car no.2 driven by Andrea de Adamich and Gijs van Lennep.