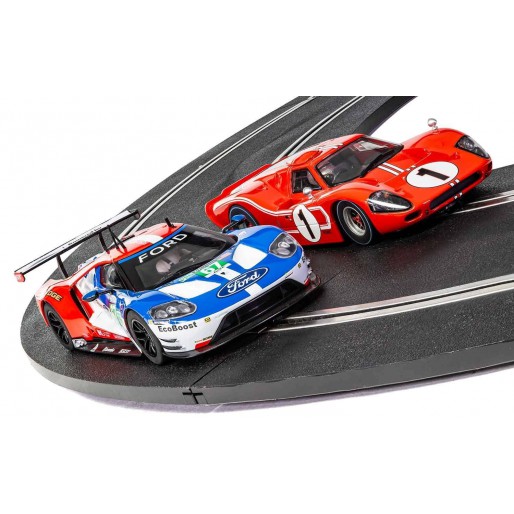 The 2017 Le Mans saw Ford return for another crack at the GTE crown. This race marked 50 years since Ford’s victory in 1967 and this set combines the race winning MKIV from 1967 and the highest placed GTE (second place in its class) from 2017 in a special collectors pack.