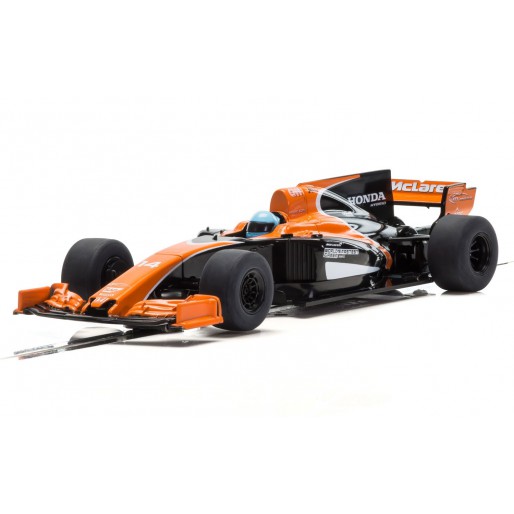 Beginning in Australia on the 26th March, the 2017 Formula One World Championship would see 20 races worldwide, ending in Abu Dhabi on the 26th November. Spaniard Fernando Alonso competed in his third season with McLaren since his return in 2015. His qualifying for the Spanish Grand Prix was particularly impressive, giving him 7th place on the starting grid. He also set the fastest lap of the race in Hungary, finishing the season in 15th.

Digital Plug Ready (DPR) - allow to convert it for use with the Scalextric Digital range in under sixty seconds using the C8516 Digital Plug.