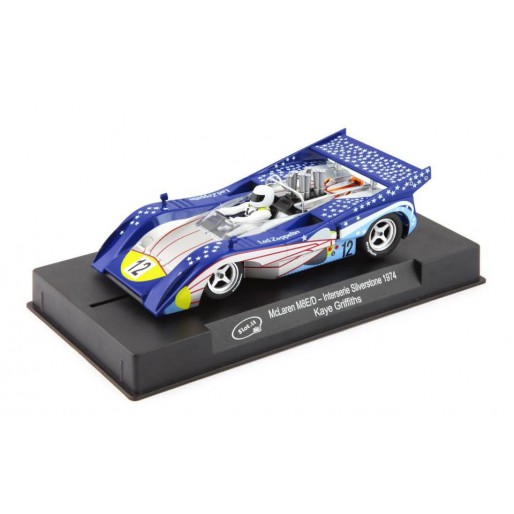 In 1971, Trojan built new cars for private teams; two of them were prepared with body similar to the M8D, and thus they are known as the M8E/D.
One of them was engaged in several Formula Libre and Interserie events, driven by Kaye Griffiths. In 1974, the Led Zeppelin drummer John Bonham decided to sponsor the car, giving it the decoration that it still have nowadays.
In comparison with the former ‘M8’, the M8D was wider and with a lower wing, which was also braced to the chassis, as the high mounted, suspension attached wings had been banned.

Chassis was an aluminium sheet monocoque with steel bulkheads and stressed engine. Bodywork was in glass-fibre.
The engine was a Chevrolet V8 with Lucas fuel injection, prepared by George Bolthoff. On the last evolutions of this engine, the displacement was more than 8 litres, with maximum power near to 750 Hp. The transmission was the 4 speeds Hewland LG500. The wheels had a 15 inches diameter, a width of 11 inches at front and 16 inches at rear. Tracks: front 1575 mm, rear 1486 mm. Wheelbase: 2387 mm. Width: 1930 mm. Length: 4166 mm. The overall weight of the ‘M8E/D’ version was 650 kg.