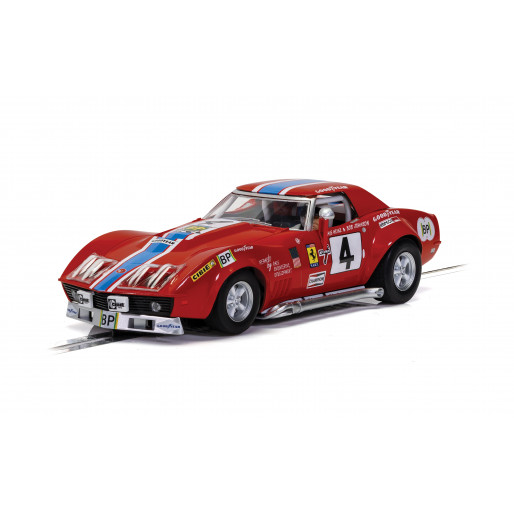 This Corvette has an unmistakeable and obvious badge on the side of it. And it is not that of General Motors or Chevrolet! Luigi Chinettis North American Racing Team (NART) was basically an extension of Ferraris racing program that reached across the Atlantic, in 1972 NART had a spare entry for LeMans and his relationship with Goodyear meant that this Corvette was accepted as an NART entry and while entered as a Corvette, it has the famous horse badge painted on the side! In the race itself it had an auspicious start, a practice crash saw it race with a taped-up nose, but the car finished 15th overall, 7th in class and captured many imaginations with its unusual decoration!