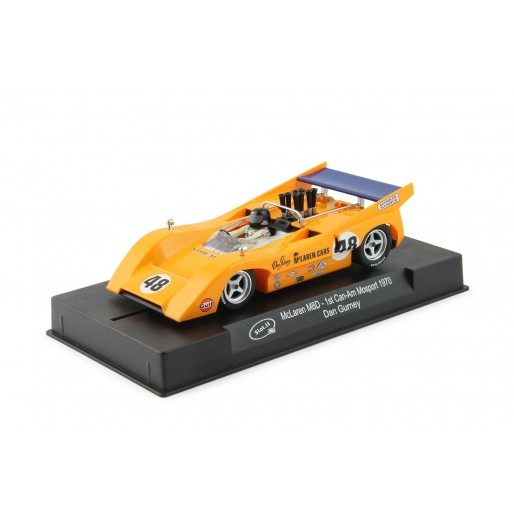 In comparison with the former ‘M8’, the M8D was wider and with a lower wing, which was also braced to the chassis, as the high mounted, suspension attached wings had been banned. Chassis was an aluminium sheet monocoque with steel bulkheads and stressed engine. Bodywork was in glass-fibre. The engine was a Chevrolet with Lucas fuel injection, prepared by George Bolthoff; it was a 7.6 litres V8 yielding 680 Hp of maximum power. The transmission was the 4 speeds Hewland LG500.