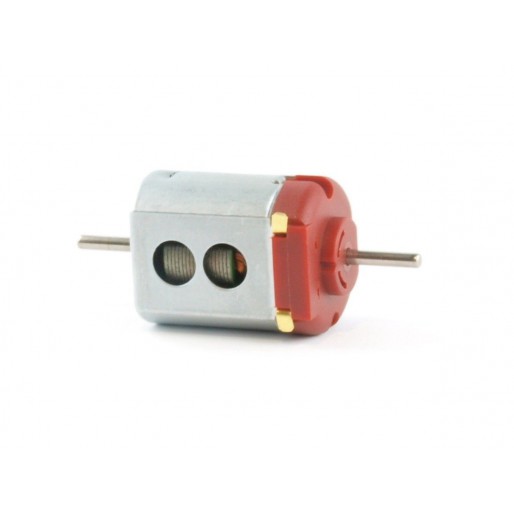 Actually, the CURRENT orange motor (MX06) is a 23K too. A few years ago the factory changed the metal case of the orange endbell motor, from the old one with rounded off edges, to the one with squared edges. This, for whatever reason, increased the RPM from 21.5K to 23K. We never rectified the ratings. The new 23K motor is exactly the same as the V12/3 you're used to, except for two things :

The V12/4 is the 'S' type motor family from slot.it. It provides superb torque, braking and power packaged in 'S' can motors that are also very easy to drive.

The V12 motor is an instant dropin upgrade for most cars, thanks to its double shaft; several versions are available with the proper pinion mounted according to which car the upgrade is planned for, but any V12 motor can be changed into a different configuration just by changing pinion side and/or dimension: for example, a motor in a Scalextric configuration can be changed to an inline standard Slot.it just by
changing the pinion side.