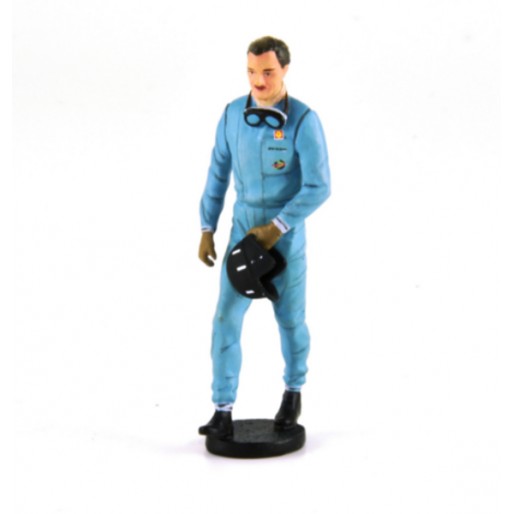 Hand painted figurine in scale 1:32 of Graham Hill walking with helmet in the hands and glasses aroung the neck.

Hill was one of the first driver to customize his helmet. He adopted the colours and cap design of London Rowing Club for his racing helmet - dark blue with white oar-shaped tabs.