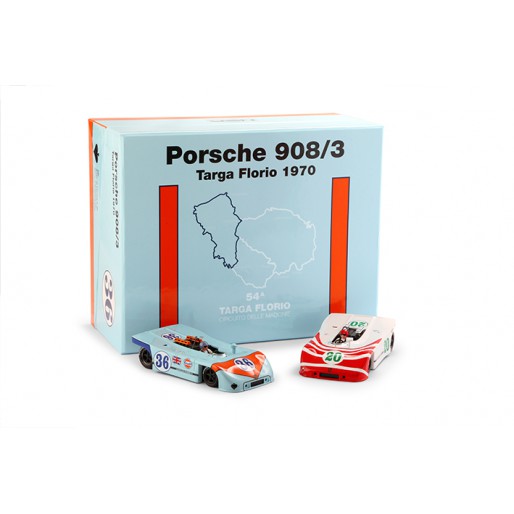 Umbelievable product, a perfect replica, in every details (look helmet shape and painting), of reals Porsche 908/3 GULF that raced in Targa Florio event, a really important race on a street circuit, done in 1970 in Sicily (Italy).

Targa Florio's track is designed on the box, in particular the layout used in 1970. The box include 2 of the 4 cars that compose the "Poker aces".

The second set include cars number #20 (ace of heart) and #36 (ace of spade), they did a disqualification and fifth place at that event.
Incredibile product, impossible to miss! LIMITED EDITION, few pieces available!! 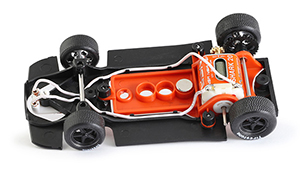 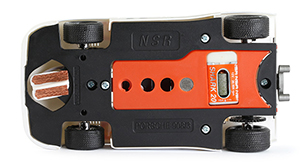 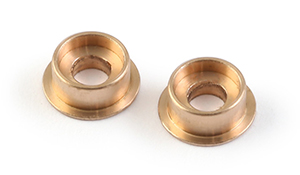