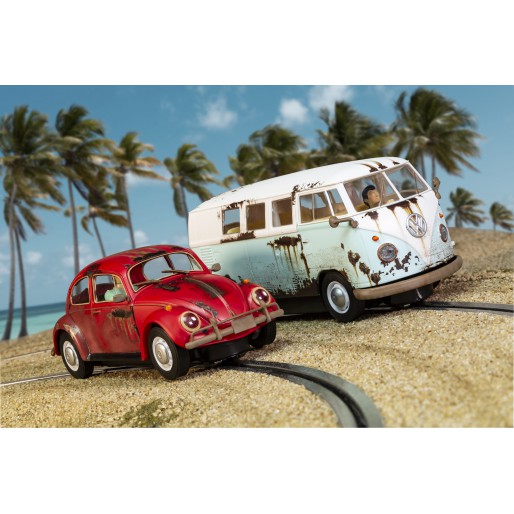 Despite today being highly desirable collectors cars, the Volkswagen Beetle and T1b Camper van did however go through an era of being both out of fashion and affordable to those on the fringes of modern society. The surf culture of the 1970s/80s saw many flock to the plentiful, cheap and easy to maintain air cooled Volkswagens. As the cars became more popular some sought to keep the cars going, but allowing the body to look faded, rusty, and generally downtrodden.

Thus ‘Rat Look’ was born. Popular also on 1950s American trucks and pickups today it is a much followed automotive scene, with many seeking to make once immaculate cars into replicas of the sort of cars those who surfed all day and partied all night used to park on Californian beaches.