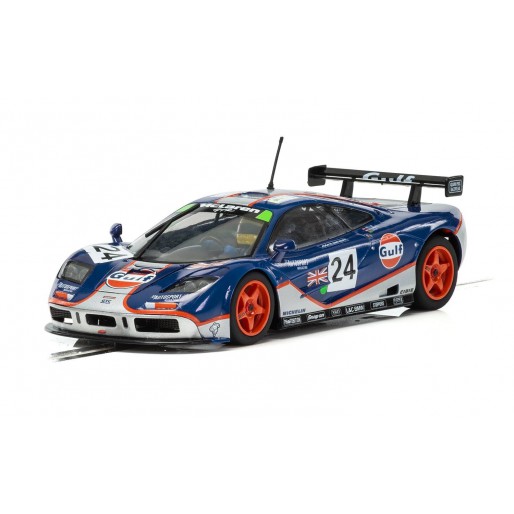 Having returned to endurance racing at Le Mans 1994, Gulf Executive Martin Allerton made the popular decision to take the blue and orange of Gulf Racing into GT racing for the 1995 season.

Until then, Gulf had been racing with the Kremer Porsche, that is, until Allerton met with ‘gentleman driver’ Ray Bellm who had recently persuaded McLaren to build a racing variant of the F1 Sports car. So impressed was Allerton that he signed the deal even before McLaren designer Gordon Murray had completed the designs for the new car.

With fellow ‘gentleman driver’ Thomas Bscher purchasing the first off the production line, Bellm snapped up the second and won the BPR Global GT title with Gulf Racing in 1996.

Seen here in a distinctive and collectible Gulf Racing box.