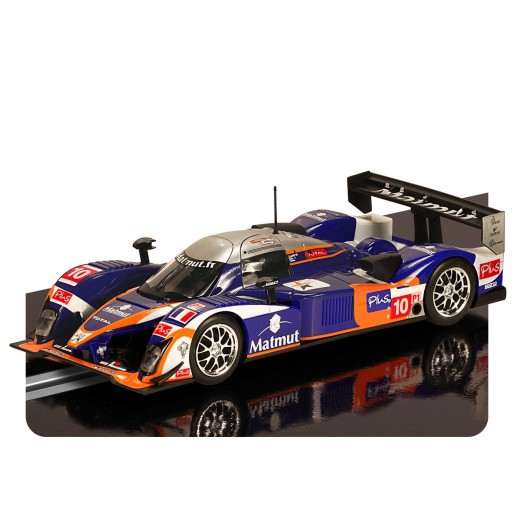 The Peugeot 908 HDi FAP is a sports prototype racing car built by the French automobile manufacturer Peugeot to compete in the 24 Hours of Le Mans endurance race, starting in 2007 and eventually winning in 2009. This effort, in development since 2005, was publicly unveiled on 15 June 2005. It first competed against the Audi R10 TDI, becoming the second diesel engined sports car from a major manufacturer, and then against the Audi R15 TDI. This was Peugeot Sport's first Le Mans effort since the end of the Peugeot 905 project in 1993. It won 19 from the 28 races in which it raced between 2007 and 2010.

The 908 name is also shared with a Peugeot concept saloon/sedan, named the 908RC, which shares the diesel V12 engine from the 908 sportscar. The Peugeot 908 is not to be confused with another sportscar of the same number that successfully raced from 1968 to 1981, the Porsche 908.

At the 2008 1000 km of Silverstone, Peugeot Sport unveiled the 908 HY, a hybrid electric variant of the diesel 908,with KERS. Peugeot planned to campaign the car in the 2009 Le Mans Series season, even though it would not be capable of scoring championship points, but gave up the idea to concentrate on preparation for the 2009 24 Hours of Le Mans.