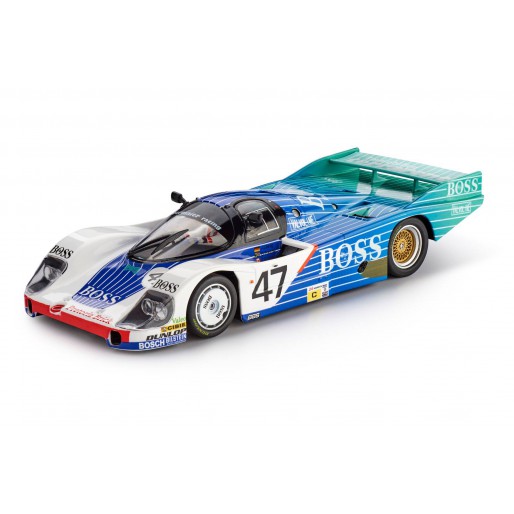 The 956 model was created by Porsche in 1982 to compete in the new Group C category. It was replaced in 1985 by the similar 962 model. It was one of the most successful racing cars ever: it won four 24h Le Mans competitions consecutively, in 1982, 1983, 1984, 1985, and the World Car Manufacturer title three times. The car was powered by a 2.650 cc engine. Its monocoque aluminium chassis was new for Porsche, previously known for their space frame design. Through this change, the regulated minimum weight of 800 Kg was reached. Car n.47 raced the 1984 edition of the 24 Hours of Le Mans driven by George Fouché , Jürgen Lässig and John Graham.