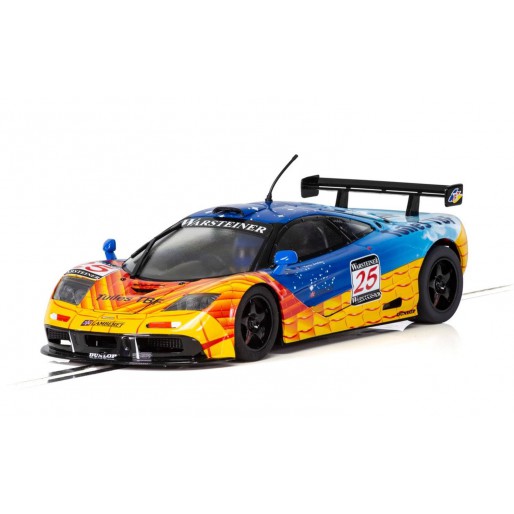 After being persuaded to do so by ‘gentleman racer’ Ray Bellm, Gordon Murray – legendary race car designer, set about designing a racing variant of the McLaren F1 sports car, the McLaren F1 GTR, which was produced specifically for grand touring style racing in 1995.

After its reign of dominance was ended by newer GT cars from the likes of Porsche and Mercedes, as well as updated longtail F1 GTRs, the early shape McLaren F1s found themselves with privateer teams such as BBA Competition. What the team lacked in outright pace against the might of the new factory cars, they more than made up for in eye catching liveries, as this outstanding car proves.