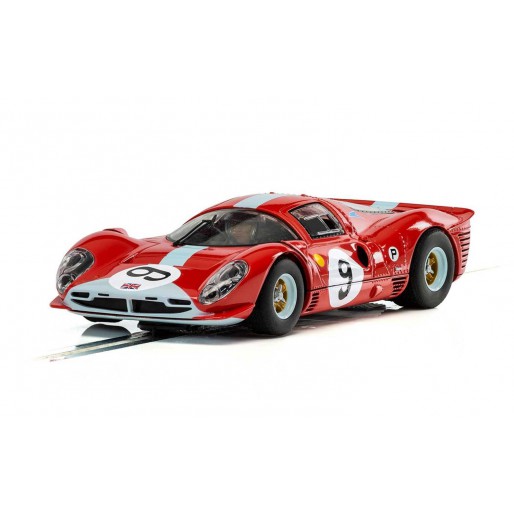 The Ferrari 412P was a “customer version” of the 330 P3 race car, which was built for independent teams. One of these teams was Maranello Concessionaires, who purchased the 412P designated 0854.

Racing in the iconic colours of this famous race team, Richard Attwood and David Piper finished the 6 Hours of Brands Hatch in 7th place, valiantly driving the car throughout the 500km distance. Ultimately, though, they were unable to match the pace of the winning Chaparral.