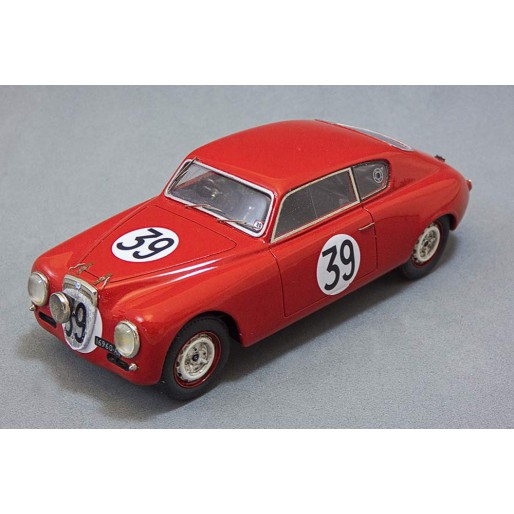 Coachwork, chassis and pilot's panel fabricated in high quality resin of polyurethane with great resistance to impacts. The models are completed with parts made in photoengraving, nickelated white metal, crystal, plate glasses in PVC. Tyres and spokes are self-made. Besides, the drivers are based on the model's era, which gives a particular and artistic touch to the differents models. 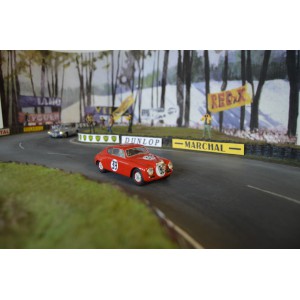 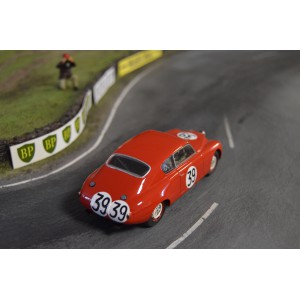 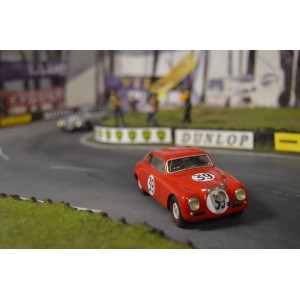 In 1951 Lancia delivered a great performance in the Mille Miglia and Le Mans competitions, considering their cars were, at least theoretically, standard units with lower features. One year later, a determined Gianni Lancia would take a sporting leap, creating an “official” team with 7 Aurelia Corsa, derived from the second series of the B20: totally redesigned bodywork, sharpened nose, lacking assistant headlights, lower roof and sliding light perspex windows.

The greatest difference was the rear side, with a rounded and lower back, lack of boot lid and outter fuel tank caps. With these changes, as well as an aluminium body and bare outbacks with roll bar, it was possible to save 100 Kg.

The engine was still a 2 litters V6 at 60º, but with a special cylinder head, increasing the diameter of the valves and with four carburettors, two per each cylinder bench. Thus, the engine delivered 105-110 CV at 5.000 rpm. with a maximun speed of 190 Km/Hour. Let’s underscore the modification made in the gearbox by the specialist Nardi, taking the gear lever to the floor instead of the steering wheel.

This was the beginning of The Magnificent Seven, with chassis numbers from 1505 to 1511 and engine numbers from 1608 to 1614. To avoid being detected as official Lancia cars, they were painted in different colours and plate numbers, as well as the car documents, six depending on the assigned driver, even though they were all owned by Lancia.

In the 24 Hours of Le Mans, celebrated on 14 and 15 June 1952, two Lancia Aurelia B20 Corsa were enrolled. The chassis 1510 for Gino Valenzano and Umberto Castiglione aka “Ippocampo” number 39, and chassis 1509 for Felice Bonetto and Enrico Anselmi number 40.

The race went by with a number of changes of leader, several drop outs of some of the favourite teams and troubles with the tyres for the Mercedes team. This edition will be remembered for Pierre Levegh’s feat, driving the Talbot T26 GS number 8. When there were seventy minutes remaining, he had a four laps advantage over the first Mercedes.Then, due to a human failure, or a mechanical issue, he had to withdraw, leaving the road unobstructed for the two surviving Mercedes to make a double victory.
Regarding this particular model, a steady performance and several drop outs at the beginning of the race allowed that this unit was able to get a worthy 6th general position and 1st in category S2.0, at 29 laps from the winner, going through 3.342,420 Km with an average 139,268 Km/hour.

Throughout 1952 several other good results and sporting successes were achieved. These Magnificent Seven would be the seeds for the future Reparto Corse. This was the starting point for the D23, the great D24 and D50 Grand Prix. This racing adventure would suddenly end, when all the equipment was handed over to Ferrari in the beginning of 1955.

These plans, especially the Formula 1, were a disaster for Lancia. At the end of 1955 the company was transferred to the businessman Carlo Pesenti and in 1969 it became part of the Group FIAT, being today a dying brand after 111 years of history. 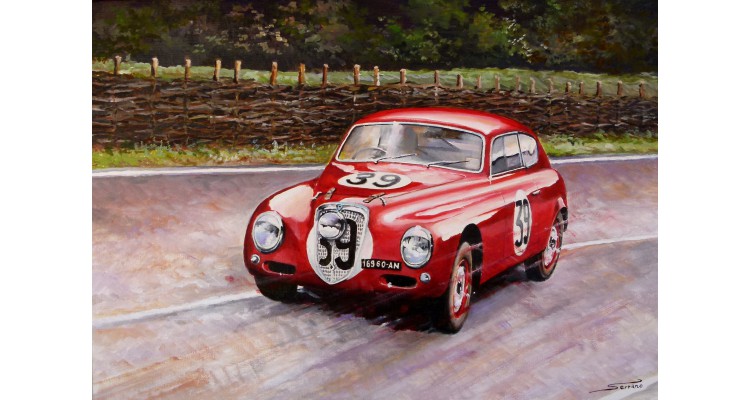