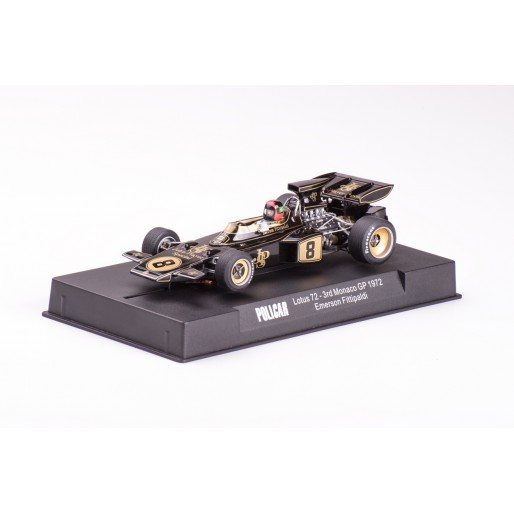 This model reproduces the Lotus 72 in which Emerson Fittipaldi raced at Monaco in 1972.