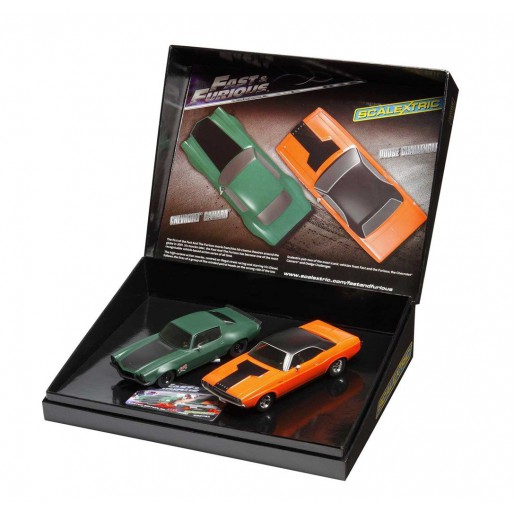 The high-octane action movies, centred on illegal street racing and starring Vin Diesel, follows the lives of a group of like-minded petrol heads on the wrong side of the law.

Scalextric pair two of the most iconic vehicles from Fast and the Furious; the Chevrolet Camaro and Dodge Challenger.