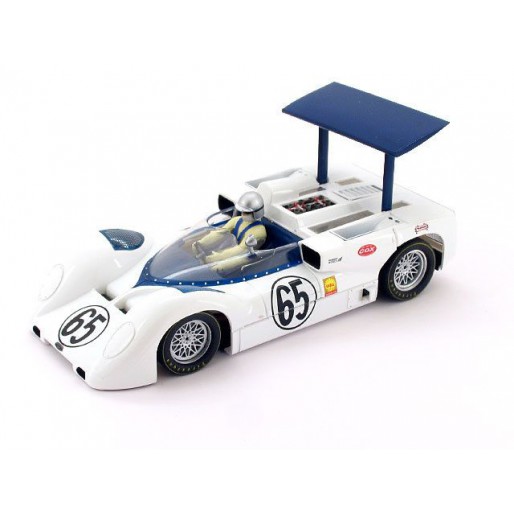 In 1966 Chaparral introduced the 2E for the Can-Am series. With its high mounted wing, clever aerodynamics and rear mounted radiators it was the car that changed racing, forever. It's best result was a one-two finish at Laguna Seca with Phil Hill and Jim Hall driving.

The wing was mounted to the rear suspension uprights to put the down force directly into the tires without compressing the suspension. It also was adjustable with a foot pedal from the maximum down force angle for cornering to a minimum drag angle for the straightaway. Of all the Chaparrals this car was Jim Hall's favorite.