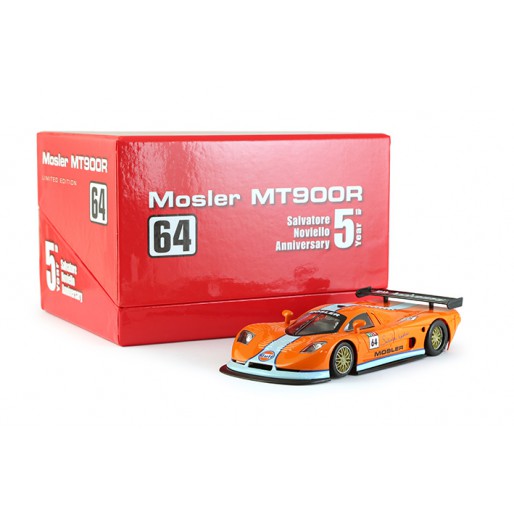 Dear NSR fans, here is a very special Mosler set to celebrate the 5th anniversary of the disappearance of NSR founder Salvatore Noviello.

Note that part of the price of this set will be donated to the association Terzo Tempo that supports Lorenzo Fallini. He was a friend of Salvatore, a member of the Slot Racing NSR team. He was the victim of an accident that rendered him quadriplegic and requiring respiratory assistance. With the help of friends, he was able to replay and participate in some races thanks to a system of acceleration controlled by the mouth.