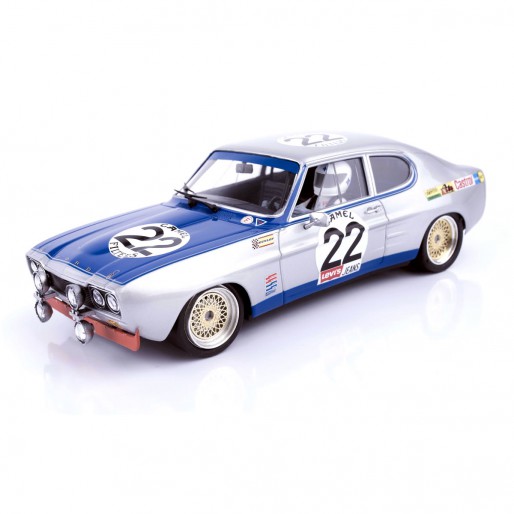 Units made and numbered to 1020 copies.

The pony cars were affordable sports coupes that were very successful in the US in the 60s Its main exponent was the Ford Mustang, and the brand was looking to repeat the success in the old continent a model adapted to the European market: the Ford Capri.

The first generation of the Ford Capri was marketed with 7 different engines. The model 2600 RS, with 150 hp engine and lowered height, became the basis for the RS 2600 with which Dieter Glemser and Jochen Mass would win the European Touring Car Championship of 1971 and 1972 respectively.

We are introducing the Ford Capri 2600 RS No. 22 Alex Soler-Roig and Dieter Glemser winner of the 24 Hours of Spa-Francorchamps 1971, which has so far been the only victory for a Spanish pilot in this legendary endurance test.

Technical characteristics of the actual car :