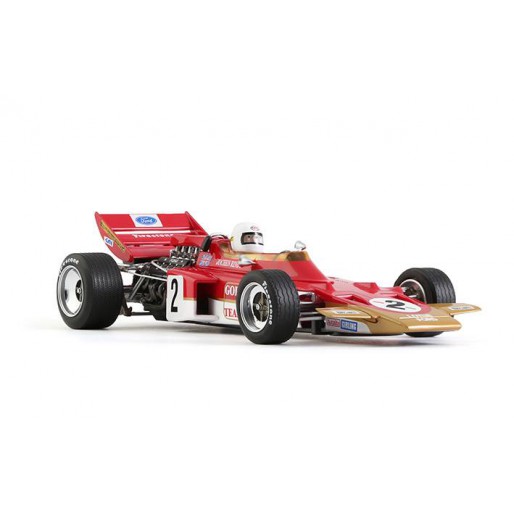 This model reproduces the Lotus 72 in which Jochen Rindt had his last F1 Grand Prix win, at Hockenheim in 1970.

This long awaited model designed by Andrew Rowland and engineered by Slot.it, relies amongst other things on an innovative gear box which enables a proper external replica of the Hewland FG400 gear box. The concept is based around an idle axle with a crown/spur gear combination which transmits power from the motor to the rear shaft.

Power is supplied by a Policar custom designed FF-150 type motor, with one open and one closed face.

The motor, gear box, and axle are housed inside a separate pod, yet another innovation unique to the Policar F1 line, permitting unprecedented levels of tuning and performance for a F1 slot car. 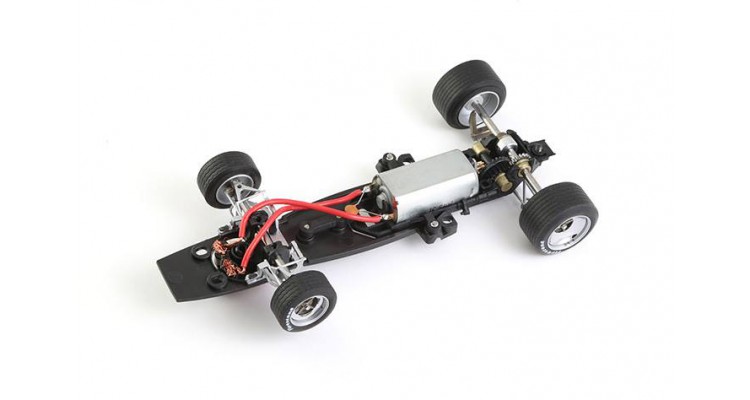