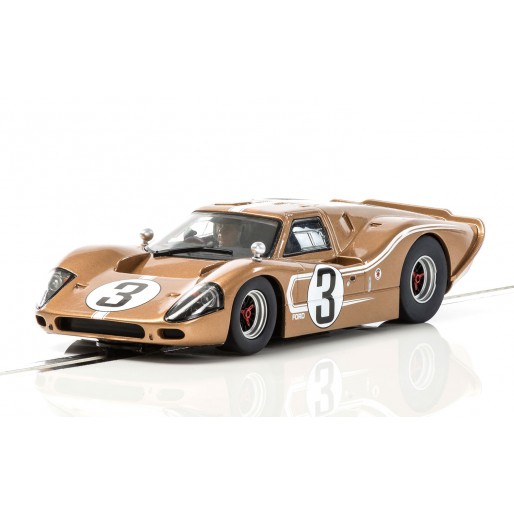 This uniquely coloured Ford MKIV raced in the 1967 24 Hours of Le Mans. Driven by Mario Andretti and Lucien Bianchi, the car sadly failed to finish after a mechanic installed a brake pad backwards, causing Andretti to crash heavily just after the Dunlop bridge. The devastating crash also resulted in two privateer Fords being damaged as well, causing all three involved to retire. Thankfully the strength of the new MKIV with its internal roll cage allowed Andretti to escape with just bruised ribs.