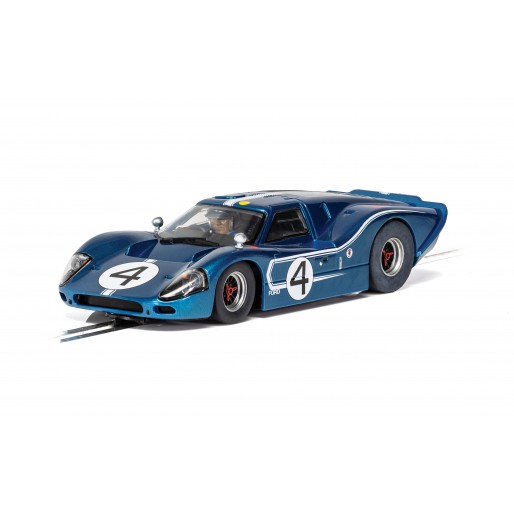 The 1967 LeMans 24 Hours saw a titanic battle at the front of the field between the works Ford MKIV cars and the various Ferrari entrants. This culmination of the Ford Ferrari wars was eventually ended in favour of Ford, with 1967 being the second of four successive victories in the 24-hour race. This MKIV was piloted in the classic race by Denny Hulme and Lloyd Ruby, it managed only 86 laps in the race before being eliminated in an accident, sliding off and damaging the chassis. The MKIV Ford is the ultimate classic GT car, a true leviathan of the 1960s GT racing scene.