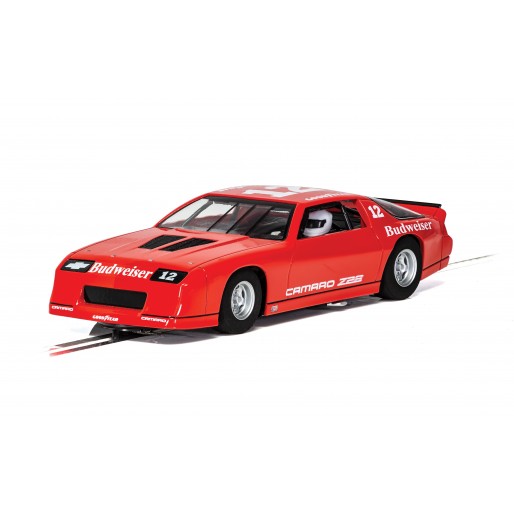 From 1984 to 1989 the International race of champions used specially modified Chevrolet Camaro IROCs to pit the best racing drivers from across the United States, and the world, against each other to find the ultimate champion. The Cars were far removed from their road going cousins, being space framed tubular chassis machines with more in common with NASCAR racers then road going machines.

With each car painted a bright shade they were easy to follow for fans who where then easily able to pick out at a distance their favourite drivers. The series ran strongly throughout the 1980s, a decade that is synonymous with this shape Camaro.