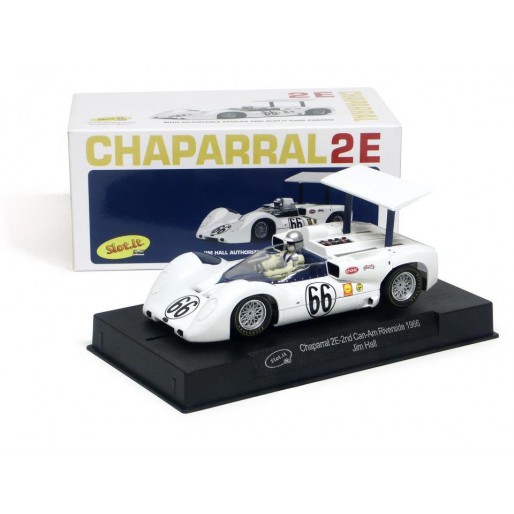 The wing was mounted to the rear suspension uprights to put the downforce directly into the tires without compressing the suspensions.
The wing position could be adjusted, with a foot pedal mechanism, from maximum downforce angle for cornering to minimum drag angle for straightaway.

Of all the Chaparrals, this car was Jim Hall's favourite.

This car featured an aluminuium semi-monocoque chassis, and a small block Chevrolet 327 cubic-inch V8 engine. In 1966, at Riverside, in the Can-Am Los Angeles Times Grand Prix, Jim Hall came close to the victory, being slowed by low fuel pressure during the final laps, however he was able to end in second place.