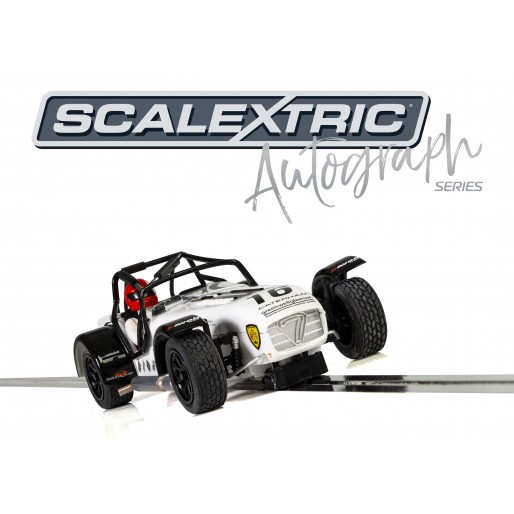 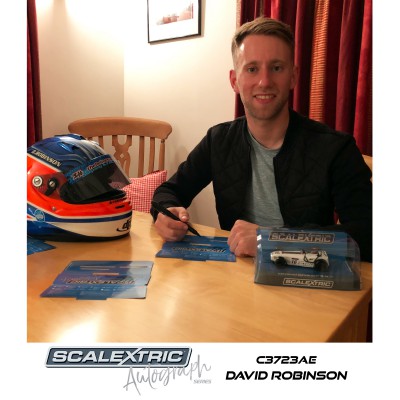 "If you had told me when I was younger that I would be available in miniature I simply would not have believed you! To be part of the Scalextric world is an absolute privilege. For me, the Autograph Series is the finishing touch to my championship winning R300 campaign. 12 races, 12 podiums, 9 wins, 1 Scalextric car. I do hope that this car proves to be as fast as its larger sibling was!", David Robinson.

With tonnes of power, speed and competition, the R300 racing series is a treat for spectators and competitors alike, and since being established in 2009, has fast become Caterhams’ premier racing series.

Accomplished driver David Robinson competed in the 2015 R300 series after having achieved two poles, two fastest laps and two wins in his first season in 2011, racing in the Caterham Autumn Trophy. Since then the trophies and awards keep coming and the 2015 season saw him regularly battling with Aaron Head for the lead, with David ultimately being named the 2015 Champion.