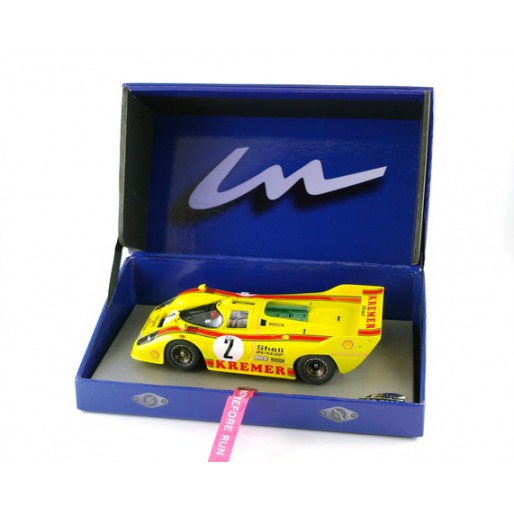 LeMans 24 Hours 1981 would have been the end of the 917’s career in professional racing had the Kremer brothers not decided to verify their 917K-81 was competitive.

They entered it to 1000 Km of Brands Hatch in the UK on September, 21st, 1981. With this car numbered 2 for the occasion, Wollek and Pescarolo qualified third on the starting grid behind the new generation cars: Ford (C100 #1 that took the pole position) and Lola (T600 #3 – 2nd on the grid).

The experience and Bob Wollek’s speed than participated to take the lead of the race as the other drivers faltered. But a front wishbone pick-up broke and definitively stopped the race of the 917 which adventure was ended here.