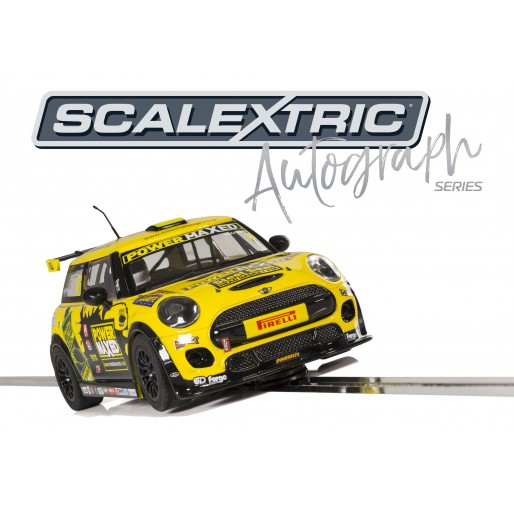 "I was given a Scalextric kit by my older brother in about 1992. It had the MKII Golf GTI and the Peugeot 205GTI Rally cars, I instantly fell in love with it and started collecting all of the additional sections of track and cars that I could. Eventually I ‘grew up’ and started playing with real cars, but the good old Scalextric kit was a solid foundation for my passion for racing cars and remains close to my heart today.", Harry Vaulkhard.

Coming from the World Touring Car Championship, Harry Vaulkhard joined the MINI Challenge in the F56 class; the pinnacle of MINI racing. Harry was very successful at Silverstone, finishing 6th, 4th and 9th respectively in the three races. Overall, Harry claimed 9th in the standings for the 2015 season.