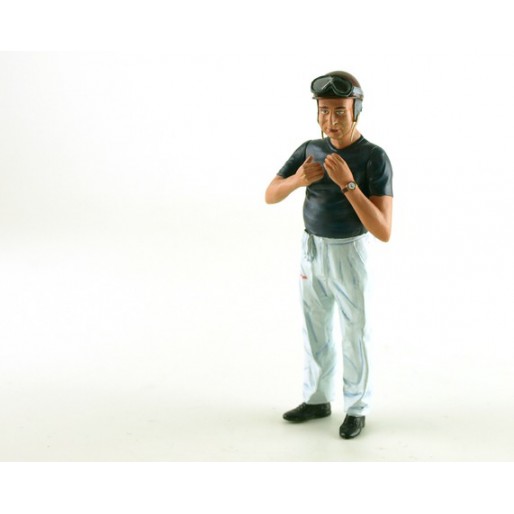 Ruan Manuel Fangio is an Argentine driver who dominated the car-racing of the 50s. His talent is such as he wins 5 Worldchampion titles with 4 different teams. In 1955, he makes a bracket in his Formula 1 season to participate in LeMans 24 Hours at the wheel of Mercedes-Benz 300SLR. Just running behind Pierre Levegh's carthat is at the origin of the terrible accident which killed 80 people, he narrowly escapes the drama.

The new figurine is standing, with helmet on the head, reaching up to attach helmet. It is the third position, that remplaces the two previous references that are now sold out.