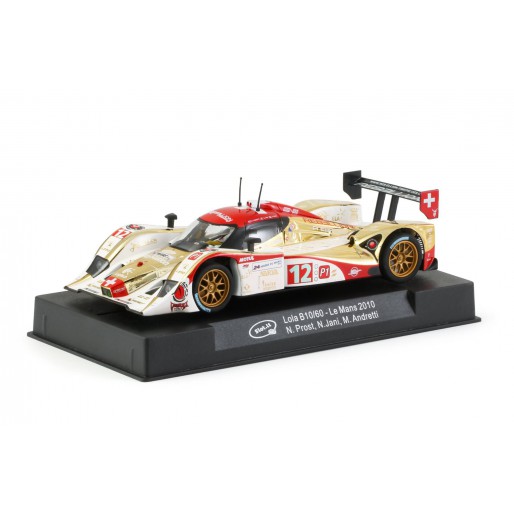 The swiss Rebellion Racing team engaged two Lola B10/60 at the Le Mans 24 Hours 2010; the number 13 was driven by Nicolas Prost, Neel Jani and Marco Andretti.

Engine was the Judd GV 5.5, a V10, 72° unit, with 4 valves per cylinder and double overhead camshaft. Displacement was 5.5 liters and weight 135 kilograms; the maximum power, with the two air restrictors required by the Rules, is 650 hp at 7000 rpm.