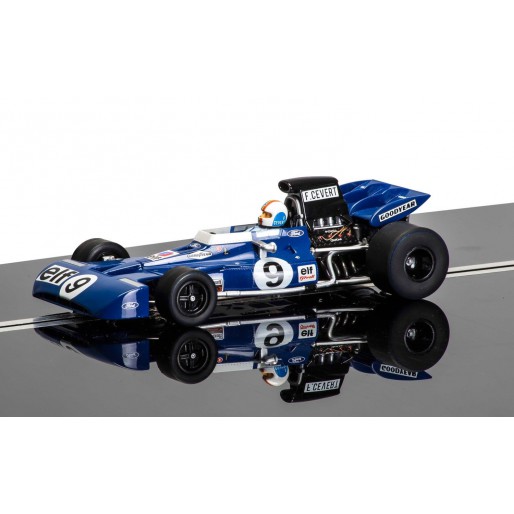 In 1971 Francois Cevert became only the second Frenchman to win a Formula One World Championship Grand Prix (Maurice Trintignant won at Monaco in 1955 and 1958), and the result helped him take third place in the 1971 Driver’s Championship behind Stewart and Ronnie Peterson. The win would stand as his only victory. At Watkins Glen, USA, the final race of the 71 season, Stewart had already wrapped up his second world title. In the race, the Tyrrell twins held their customary one and two positions, only Denis Hulme’s McLaren seeming able to mount any kind of challenge.

But then both Stewart and Hulme started to experience handling problems and Jackie waved Francois through into the lead. Despite a late challenge from a hard charging Jacky Ickx in the Ferrari, Cevert held on to the lead while Ickx’s car broke under the strain and claimed his first F1 championship win.