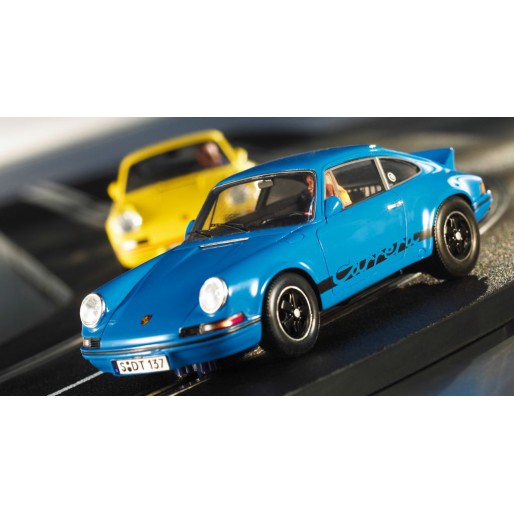 The details that kill : The engraved injected tires and the license plate in relief.

Launched to the Show of Paris in October, 1972, the Carrera 911 RS was created to improve the competitiveness of 911 in the Group 4 races. This purpose was easily affected since Porsche had no difficulty to win the European championship Grand Tourism 1973, in which the brand was nevertheless represented only by “private" teams.

Wings are inflated to allow wider Fuchs wheel rims (7 inches) behind than in front (6 inches). The psychedelic stickers with Carrera name on the bottoms of the body on all their length, the shrill colors added to the colour chart signal yellow or electric blue for examples, the sober and dark dashboard and interior but especially, its curious wing quickly nicknamed " tail of duck”, all of these leave a mark in the minds.