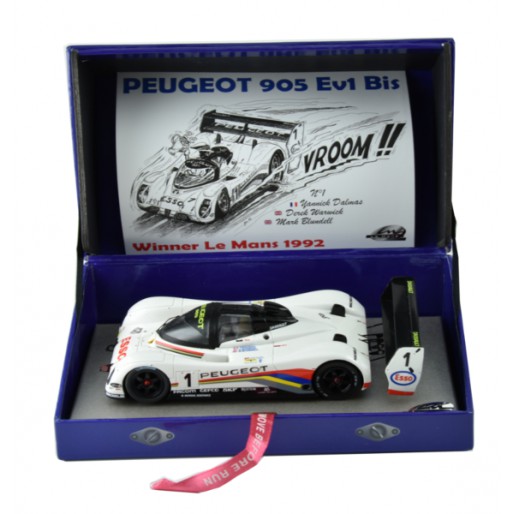 In 1992, it is the 60 edition of 24 hours of LeMans, and only 30 competitors are admitted to race. It is also the second consecutive attempt for the Peugeot Talbot Sport team which hopes well to succeed Mazda and to fight against Toyota.

Important technical, human and economic means are operated to build this victory and add the 3rd place on the podium. The race was beautiful and the suspense in its height till the end. Although Peugeot car #31 gave up on engine breakdown during the 19th hour, the tenacity and the experience of Peugeot car team #1 was useful especially during the 17th hour racing when technical troubles followed one another.The second place of Toyota TS010 car #33 of Sekiya, Raphanel and Acheson, inserted between 2 Peugeot, captivated the public.