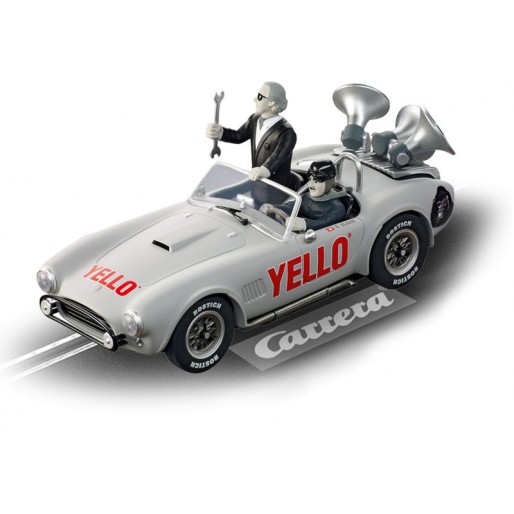 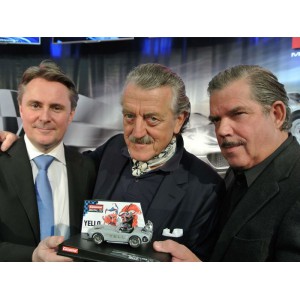 'Ready, steady, Yello' : To mark the 50th anniversary of the founding of Carrera, the worldwide market leader in the scale model car racetrack systems will be joining forces with the cult band Yello to put the pedal to the metal in the worlds of slotcar racing and music.

The Swiss musicians Dieter Meier and Boris Blank are re-recording their big hit 'The Race' in honour of Carrera and will be making a Carrera remix that drives home the atmosphere of motor racing. Lyrics like 'Count on me I'm gonna win the race' helped the duo achieve cult status in the 80s and still help import a special motor racing feel onto home-based Carrera tracks all over. Especially for the young fans of yesteryear who now have families of their own – the revival of this classic Yello hit is a special occasion in itself.

Yello are seen as pioneers of electro-pop and electronic music in general. Their hit 'The Race' was used as the theme tune for several shows on German TV, such as the music show 'Formel Eins' and was also used as a theme by Eurosport. The musical double-act also became popular in Austria when their song was used for a programme entitled 'F1'. From the very start the song was inextricably associated with motor racing and has stood for powerful cars and a racetrack atmosphere like no other composition before or since. So it’s no surprise these likable Swiss are genuine Carrera fans and have agreed to be ambassadors for the 'Motorsport at home' slogan.

'Not only does the acquisition of a band as popular as Yello unite the worlds of music and motor racing with their remix of 'The Race' to commemorate 50 years of Carrera, it also brings together fans of all ages, each behind his control set,' explained Andreas Stadlbauer, CEO of the Stadlbauer Group, the owners of the Carrera brand. 'In 2013 as a very special treat we are introducing a special model, the Shelby Cobra 289 roadster from 1963. Dieter Meier and Boris Blank will be featured as precisely detailed scale model passengers in the Yello car.'

CD of the song "The Race Carrera-mix" included in the box.